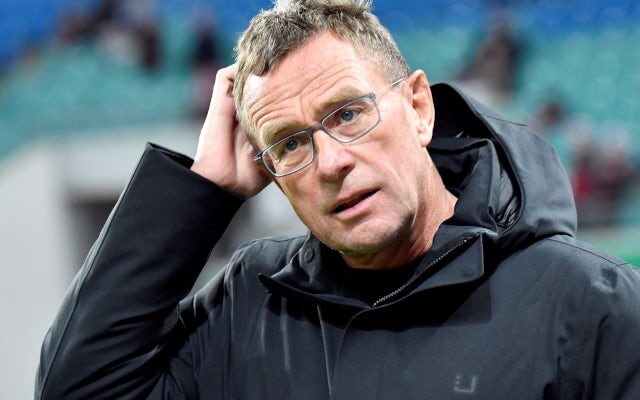 The pressure has increased on Solskjaer following Saturday’s 2-0 home loss to Manchester City, which made it back-to-back league defeats at Old Trafford for the Red Devils.

Antonio Conte had been strongly linked with the post before accepting the Tottenham Hotspur job, while Leicester City boss Brendan Rodgers is believed to be an option for the club.

According to German journalist Christian Falk, Rangnick is also in the picture, with the 63-year-old interested in making the move to the 20-time English champions.

Rangnick was previously the director of football at Red Bull Salzburg and Leipzig before managing the latter in two separate spells between 2015 and 2019.

The German is currently working as head of sports and development at Lokomotiv Moscow but would allegedly be keen to discuss a potential move to Old Trafford.

Solskjaer said after Saturday’s Manchester derby defeat that he is not fearful of losing his job.