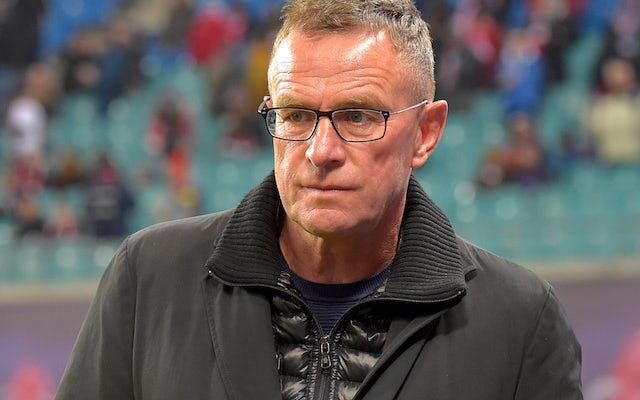 Ralf Rangnick is reportedly open to becoming the permanent manager of Manchester United in the future.

Over the past 48 hours, it has been heavily suggested that the 63-year-old is in line to become the successor to Ole Gunnar Solskjaer, albeit on an interim basis.

Rangnick is prepared to depart his behind-the-scenes role at Lokomotiv Moscow, providing that he has assurances that he will remain at Old Trafford in an important capacity beyond the end of this season.

While it is expected that the German will eventually play a leading role off the pitch, The Sun says that he would be open to remaining in the dugout.

The report suggests that Rangnick’s representatives are currently negotiating for a clause to be inserted into his contract regarding the permanent position.

Even if a deal is concluded over the weekend, Michael Carrick will stay in caretaker charge for Sunday’s Premier League meeting with Chelsea.