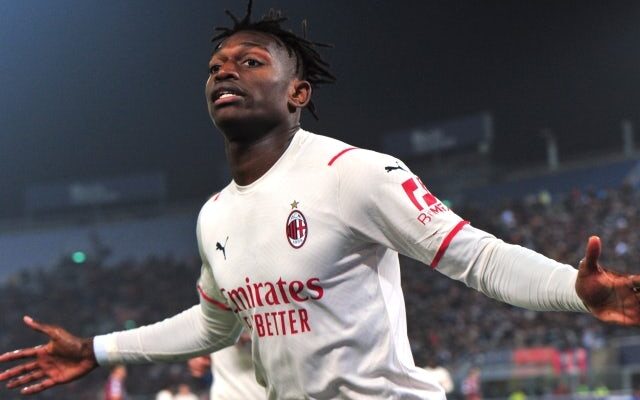 AC Milan forward Rafael Leao is prepared to turn down interest from Manchester City and sign a new long-term contract at San Siro, according to a report.

The 22-year-old has become an important first-team regular for the Rossoneri this season, featuring in all 17 matches across all competitions as well as scoring five goals and providing two assists.

Leao’s impressive form was rewarded with a senior call-up to the Portuguese national team in October, and his rise for club and country has caught the eye of a number of top European clubs.

According to Calciomercato, Man City are leading the race to sign Leao, however the forward is prepared to reject interest from Pep Guardiola‘s side and commit his future to Milan.

The report adds that the forward is close to agreeing a new four-and-a-half-year contract with the Rossoneri, and is set to see his annual salary triple to around €4m.

Since joining Milan from Lille in 2019, Leao has made 90 appearances across all competitions for Milan, scoring 18 goals and providing 11 assists.