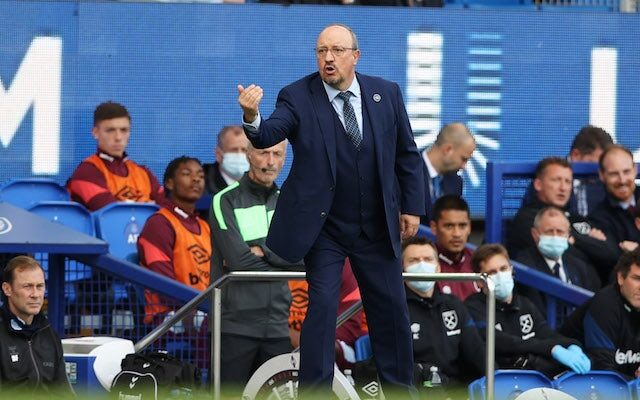 Everton midfielder Rafael Benitez has outlined his targets for the Toffees for this season.

The Spaniard was appointed at Goodison Park in the summer following the departure of Carlo Ancelotti, and they currently sit ninth in the Premier League.

When asked by evertonfc.com about his targets for the season, he said: “The starting point is that this team finished 10th last year. We didn’t spend too much [in the transfer window] and we are missing some key and very important players. Considering all these things, still we are doing well.”

“We are trying to improve things in every department and little by little we will see that. Now, without important players, we have to manage – and we have done really well. We cannot forget about the games we won and the way we won.”

The Toffees kicked off the season in style, collecting 10 points from their first four outings, but they are now on the back of two defeats and a draw from the last three games.

Despite their dip in form, Benitez’s side have the chance to climb as high as fifth when they take on Wolverhampton Wanderers on Monday night.