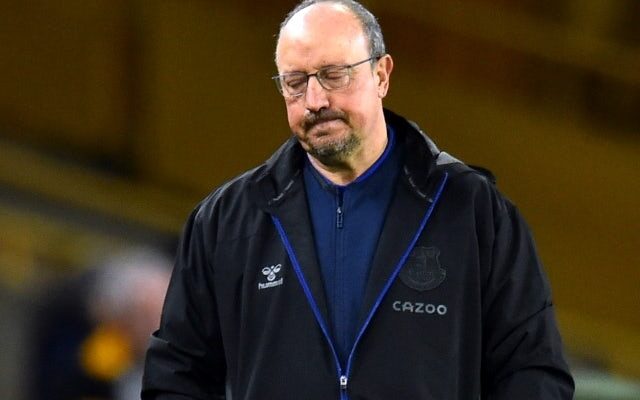 Rafael Benitez has addressed Everton‘s current injury crisis, revealing how long he expects to be without his full squad.

Lucas Digne is the latest player to go down with a problem, as the full-back was unavailable for the recent Premier League fixture against Wolverhampton Wanderers.

He joins Dominic Calvert-Lewin, Yerry Mina and Abdoulaye Doucoure in the medical room, with Benitez seeing his squad stretched as the club prepares for the busy winter period.

“They are improving but still Doucoure, Yerry Mina and Dominic we don’t know exactly how long,” he said after the game.

“With Digne, we will see how he prepares. He was uncomfortable for this game, so didn’t play.”

The Toffees were defeated 2-1 during Monday’s match, extending their run without a victory to four games as they now prepare to face Tottenham Hotspur at the weekend.