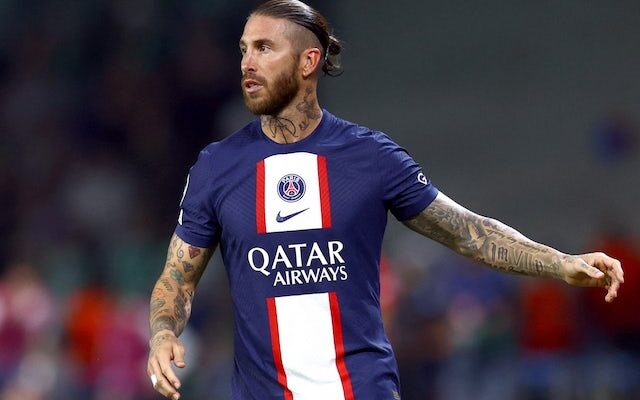 Paris Saint-Germain centre-back Sergio Ramos could equal a Ligue 1 record when the champions welcome Nice to the Parc des Princes on Saturday evening.

Ramos started just eight top-flight matches as two severe calf injuries plagued him throughout the campaign, but he ended the season as a regular for Mauricio Pochettino.

Since Christophe Galtier‘s arrival, the 36-year-old has managed to consign his injury woes to history and has already made 11 appearances this term, scoring against Nantes in the Trophee des Champions.

With Ramos a regular in the back three alongside Marquinhos, Presnel Kimpembe and Danilo Pereira, PSG are still unbeaten on all fronts this season, only failing to take maximum points against Monaco. 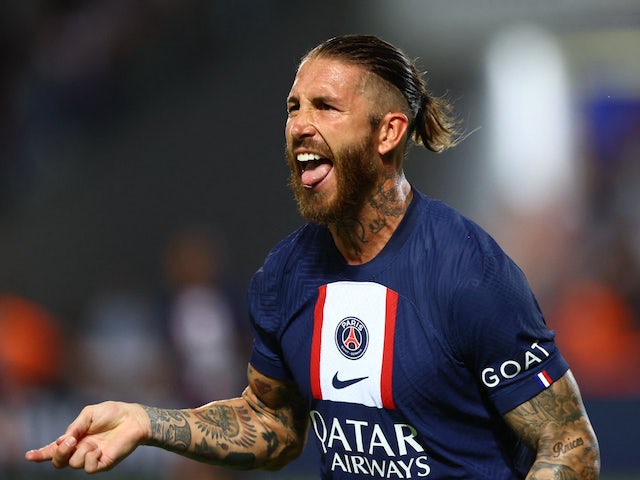 Should the Spaniard play and PSG avoid defeat on Saturday evening, it will mark his 21st consecutive appearance in Ligue 1 without losing, which would see him equal an all-time record.

Ramos has been involved in 16 wins and four draws in his first 20 Ligue 1 outings, and the current record of 21 is currently held by Juan Pablo Sorin, who was part of 14 wins and seven draws.

Former Argentina left-back Sorin only spent one season at PSG in 2003-04 – on loan from Cruziero – and the capital club did not suffer a single top-flight defeat in matches that he played.

PSG did lose three times that year to Lens (twice) and Bordeaux, but Sorin was not involved in any of those defeats, nor was Ramos during his side’s four Ligue 1 losses last term.

The latter will be expected to start as PSG aim to maintain their near-flawless start to the campaign, but they have been knocked down to second place after Marseille beat Angers 3-0 on Friday night. 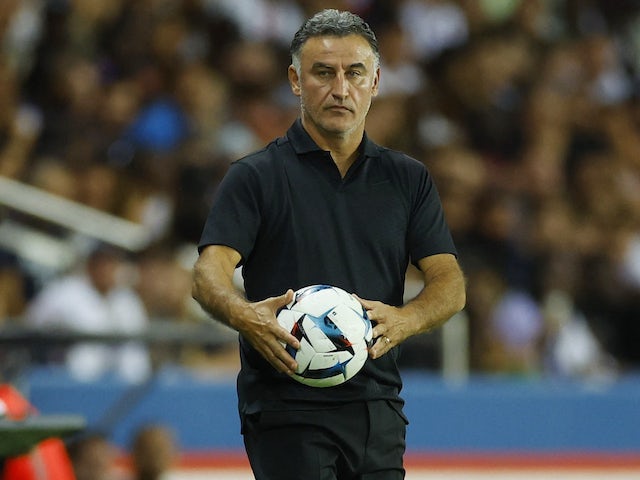 Les Olympiens are now one point clear of PSG at the top of the table having played a game more, but a draw against Nice would be enough for Galtier’s side to return to the summit courtesy of their superior goal difference.

Ramos has now recorded three goals in 24 appearances for PSG since joining from Real Madrid last summer, but his upturn in fortunes was not enough to see him earn a recall to the Spain squad for September’s Nations League fixtures.

Luis Enrique opted for the likes of Eric Garcia, Diego Llorente and Pau Torres to man his backline instead, as La Roja secured a spot in the Nations League finals with victory over Portugal on the final matchday.

Ramos was said to have been left extremely disappointed at Enrique’s snub, and the most recent of his 180 caps for Spain came all the way back in March 2021.

However, the centre-back is still reportedly hopeful of forcing his way into Enrique’s World Cup squad, and PSG are also expected to offer him a new deal, with his current terms due to expire at the end of the season.