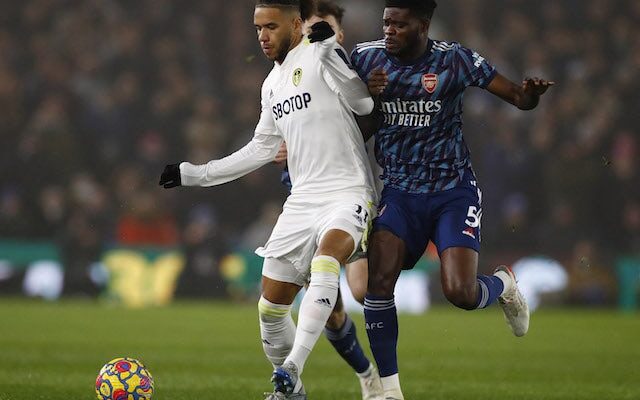 The Premier League is investigating allegations that the Arsenal bench suffered racist abuse from Leeds United fans during this evening’s match between the two sides at Elland Road.

The Gunners raced into a three-goal lead before half time before eventually running out 4-1 winners to make it three wins on the bounce in the Premier League.

However, shortly after the half-hour mark some Arsenal subs called over the fourth official to complain of racist abuse from the stands.

The Premier League has confirmed that an allegation of abuse has been made by the visitors, and that they will now investigate the complaints before deciding appropriate action.

Arsenal’s 4-1 victory came courtesy of goals from Gabriel Martinelli (2), Bukayo Saka and Emile Smith Rowe, all of whom are aged 21 or younger.

The result leaves Mikel Arteta‘s side fourth in the Premier League table, whereas Leeds have now conceded 11 goals in their last two outings and are winless in their last four.