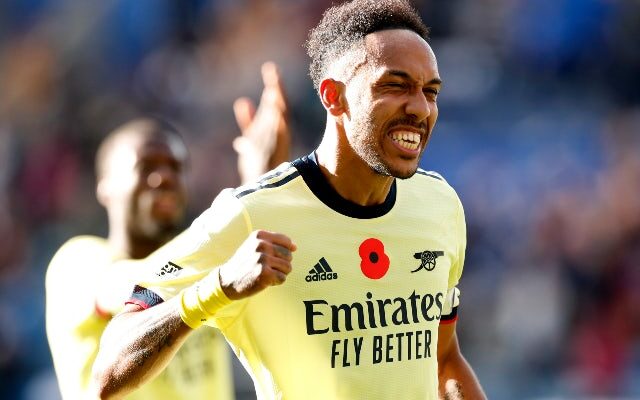 Arsenal striker Pierre-Emerick Aubameyang trained with Mikel Arteta‘s side on Wednesday ahead of their trip to Anfield on Saturday.

The Gabon international returned to the club from representing his country early, after scoring the only goal in Gabon’s World Cup qualifier against Libya last Friday.

Arsenal had reportedly already agreed with Gabon, before the international break, that the 32-year-old would return to London earlier than many other internationals, despite some reports claiming that the early return was due to injury.

The Standard now reports that Aubameyang trained with the Arsenal squad at London Colney on Wednesday ahead of their trip to face Liverpool this weekend, and the forward is in contention to start for the visitors.

Aubameyang has featured in 10 of Arsenal’s 11 Premier League matches this season, scoring four goals and providing one assist, helping the Gunners climb to fifth in the table.

Arteta’s team head to Merseyside looking to extend their current unbeaten run in all competitions to 11 games, while during that time they have won their last four outings.