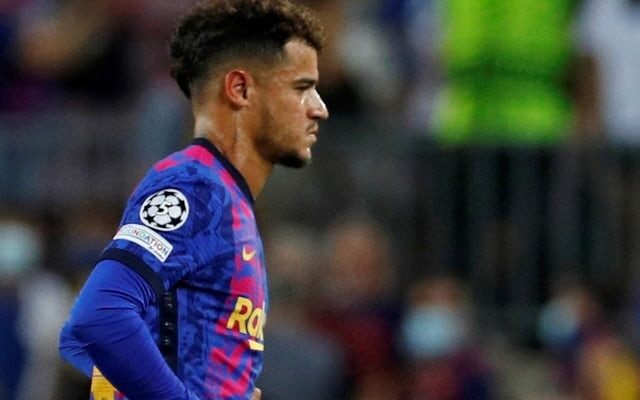 Barcelona have reportedly prepared themselves to accept a transfer offer from Newcastle United for midfielder Philippe Coutinho.

The Brazilian international only made 14 appearances for the Catalonian club last season due to injury problems, and he has continued to be an irregular figure in the Barcelona starting lineup.

As Barcelona are currently still on their search to fill their vacant managerial role, with reports suggesting that Xavi‘s appointment is nearing, Coutinho’s future at Camp Nou could be dependent on whoever comes in to replace Ronald Koeman.

However, according to The Sun, the Spanish giants are ready to accept an offer from the Magpies, who will be looking to bring in Coutinho as one of their first signings under their new ownership, on an initial loan deal with a compulsory permanent switch included.

Coutinho has struggled to make his mark in a Barca shirt since his £121m transfer from Liverpool in 2018, and has already made a loan switch during his Barcelona career, when he spent one season at Bayern Munich.

In total, the creative midfielder has scored 24 goals and provided 14 assists in 101 appearances for the club.