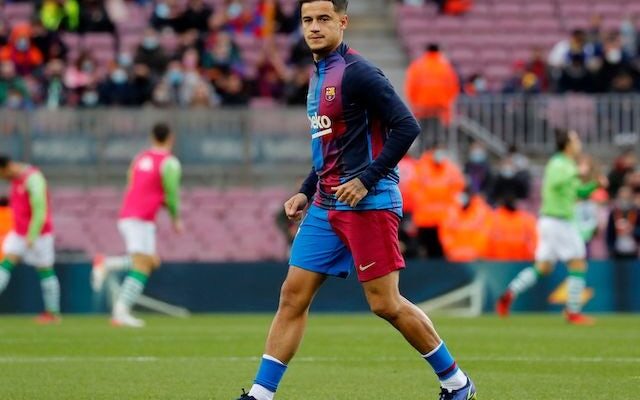 The agents of Barcelona midfielder Philippe Coutinho are reportedly heading for London to engage in transfer talks with Arsenal.

The 29-year-old is not thought to be in Xavi‘s plans moving forward and continues to be persistently linked with a return to the Premier League.

Tottenham Hotspur and former club Liverpool have both been credited with an interest, but Arsenal boss Mikel Arteta has supposedly given his club the green light to make a move.

Now, Spanish outlet Sport claims that Coutinho’s representatives are now London-bound, with optimism over a potential loan deal being concluded.

Furthermore, the report adds that Barcelona will continue to fork out a chunk of Coutinho’s wages if he completes a move to the Emirates or any other club in the English top flight.

Coutinho has started just five La Liga games for the Blaugrana this term – scoring twice in that time – and he has been an unused substitute in their last two top-flight matches.