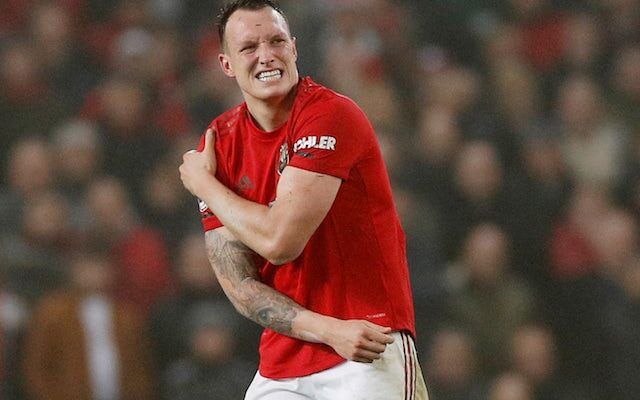 Phil Jones has been named in a Manchester United Premier League squad for the first time in 650 days.

The centre-back has not made a competitive appearance for the Red Devils since January 2020, with a persistent knee problem forcing the Englishman to miss a lot of football.

Jones was on the bench for the League Cup contest with West Ham United earlier this season but had not made a Premier League squad for 650 days ahead of Sunday’s clash with Chelsea at Stamford Bridge.

The experienced defender has been named on the bench for the match against Thomas Tuchel‘s side, with Harry Maguire absent through suspension and Raphael Varane out through injury.

The 29-year-old, who still has two years left to run on his contract with the 20-time English champions, has made 224 appearances for Man United in all competitions since arriving from Blackburn Rovers in July 2011.