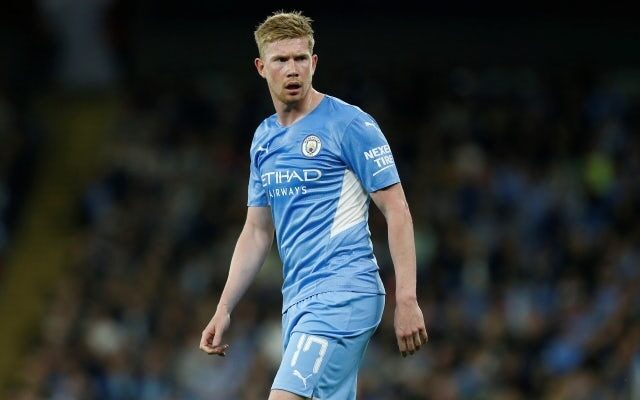 Pep Guardiola believes mental and physical fatigue is the reason for Kevin De Bruyne‘s slow start to the new campaign for Manchester City.

The 30-year-old has struggled to find his rhythm for the Citizens this campaign, registering just two goals and no assists in seven Premier League appearances, with one report suggesting he could be dropped for the Manchester Derby amid his underwhelming start.

After fracturing his eye socket in the Champions League final last season, De Bruyne then tore an ankle tendon over the summer while on international duty with Belgium at Euro 2020.

Guardiola feels that De Bruyne’s recovery from his most recent injury as well as a shortened pre-season has taken its toll on the playmaker.

Speaking to the press ahead of Man City’s Champions League clash with Club Brugge on Wednesday, Guardiola said: “[De Bruyne] knows that he has our complete support, playing or not playing minutes, good or bad level. All the players know it.

“I was a player I know all the time you cannot perform incredibly well all the time. There are highs and lows. He knows better than anyone he can do better, we are with him, I know what he’s doing every day to get [to] his best.

“We forget they are human beings and in the last eight, nine years they have three weeks holidays every year. Sometimes the fatigue and many things takes place.

“We are sitting here and see all the players have to make their best performance every three days. For players with physical strength it’s easier. Like people who play in [the] final third the incredibly talented players creating things every three days for 90 minutes. No human being can do it.”

De Bruyne will be available to face Brugge at the Etihad Stadium in midweek, and will be aiming to get his name on the scoresheet in the Champions League for the first time this season.