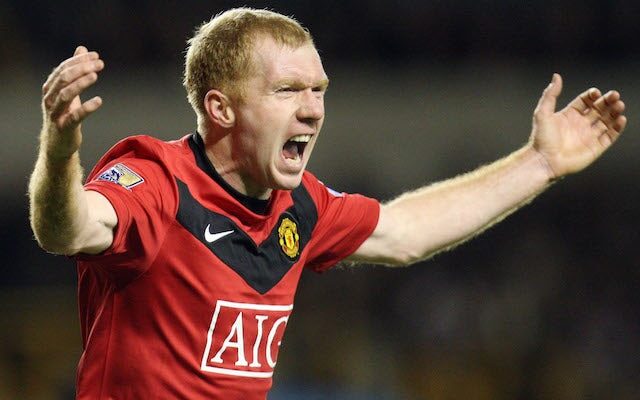 Pogba was suspended for Saturday’s Premier League clash with Tottenham Hotspur and will also sit out this weekend’s Manchester derby with Manchester City in England’s top flight.

The 28-year-old was back in the side against Atalanta in the Champions League on Tuesday but struggled to make his mark in Italy and was substituted in the second half.

Scholes claims that Pogba will still “be doing the same stupid stuff” when he is 35 and has suggested that the World Cup winner needs stronger characters around him.

“He needs somebody talking to him all the time, someone there who he totally respects and is experienced,” Scholes told BT Sport. “He is a really experienced player, but he will get to 35 and will be doing the same stupid stuff, stud-rolling the ball – and people know it.

“The biggest thing with the player is his concentration – he goes away with the fairies sometimes. At Juventus he was excellent and that’s why we signed him, but you look at [players around him] – [Andrea] Pirlo, [Giorgio] Chiellini, [Gianluigi] Buffon, an aggressive manager, telling him all the time and he will need that kind of treatment until he is 35.”

Man United twice came from behind to claim a 2-2 draw against Atalanta, with Cristiano Ronaldo netting both goals for the 20-time English champions, who remain top of Group F.