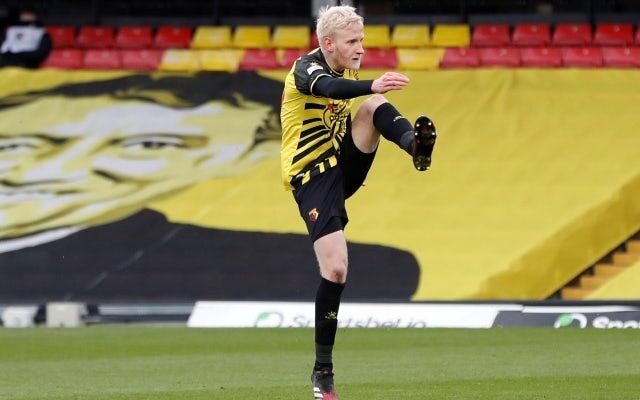 Patrick Vieira has given an update on the status of Will Hughes heading into the upcoming Premier League fixture with Aston Villa.

Since joining Crystal Palace from Watford in the summer for £6m, the midfielder has not made a single appearance for the club, being a regularly unused substitute.

However, with an injury to James McArthur, there is an opportunity available in the middle of the park where a change will have to be made.

“He will have to get a chance,” Vieira stated during his pre-match press conference.

“We have a squad where we have players who have not had their chance yet, but at the same time, they have to be ready for it.

“We will get to a time where the team needs them and they will have to perform. Will is one of them. I am really happy with what he is showing me in training and he is just waiting for his opportunity.”

The Eagles shall be hoping to continue their seven-match unbeaten run on Saturday when they host Steven Gerrard‘s squad.