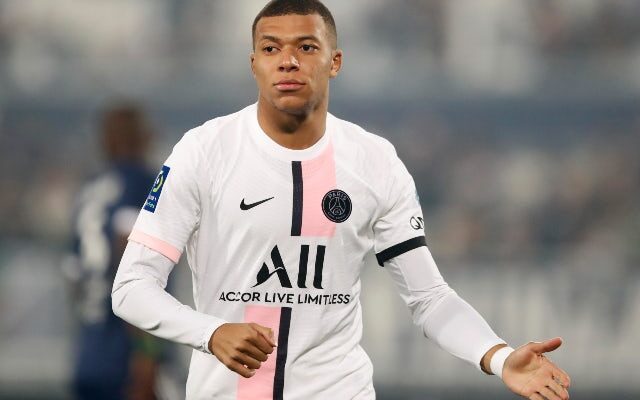 Paris Saint-Germain attacker Kylian Mbappe supposedly wants to play under Jurgen Klopp amid links with a move to Liverpool.

The 22-year-old is yet to extend his deal with the Ligue 1 outfit beyond 2022 and will be able to discuss pre-contract terms with clubs elsewhere from January.

With Liverpool facing uncertainty over the long-term future of Mohamed Salah, the Reds have been tipped to complete a swoop for Mbappe should he run down his PSG deal.

Real Madrid are expected to bring Mbappe to the Bernabeu on a free transfer next year, but El Nacional claims that the World Cup winner is not convinced by Carlo Ancelotti.

The report adds that Mbappe would rather play under Klopp if he was in charge of Los Blancos, but the striker’s desire to learn from the German could put Liverpool on red alert next year.

Mbappe scored one goal and set up two more in PSG’s 3-2 win at Bordeaux on Saturday, taking his tally for the season to six goals and nine assists from 15 games in all tournaments.