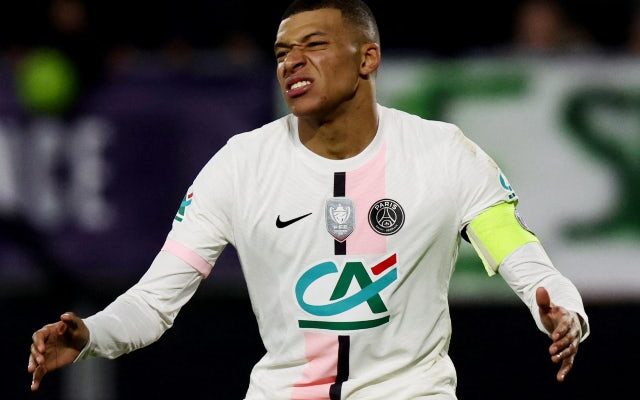 Paris Saint-Germain attacker Kylian Mbappe has affirmed that he will not be joining Real Madrid in the January transfer window.

The 23-year-old is about to enter the final six months of his deal with Les Parisiens, who stalled over a nine-figure offer from Real in the summer.

As a result, Mbappe has been tipped to complete a cut-price or free transfer to the Bernabeu in 2022, but the forward has affirmed that he will be staying put over the winter.

Speaking to CNN, the former Monaco starlet said: “No, I’m not joining Real Madrid in January. In January it’s not happening.

“I’m in Paris Saint-Germain, I’m really happy and I will 100% finish the season as PSG player. I’ll give everything to win with Paris all titles this year.”

PSG’s long-running contract talks with Mbappe are yet to lead to a breakthrough, although sporting director Leonardo is still optimistic that the France international will remain in Paris.

Mbappe has banked 15 goals and 17 assists in 24 appearances across all tournaments this season, with PSG set to return to action on Monday against Vannes OC in the Coupe de France.