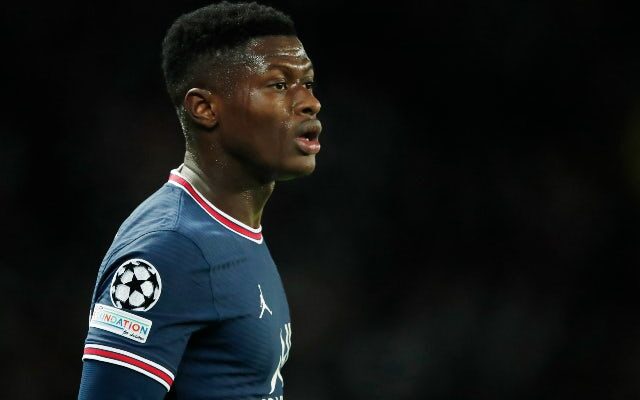 The Portuguese left-back arrived at the Parc des Princes on loan from Sporting Lisbon on deadline day and has already made 16 appearances in all competitions for PSG.

Mendes has only started six Ligue 1 games for Les Parisiens but has been a regular in Europe, featuring from the first whistle in five of PSG’s six group games.

According to transfer expert Fabrizio Romano, PSG are “super happy” with Mendes’s performances and are set to exercise their €40m (£33.7m) option to buy clause.

Romano adds that PSG are “seriously planning” to acquire Mendes’s services permanently, with current left-backs Layvin Kurzawa and Abdou Diallo both being linked with exits.

Mendes has scored one goal and set up three more in 47 appearances for parent club Sporting and started 29 games in their triumphant 2020-21 Primeira Liga campaign.