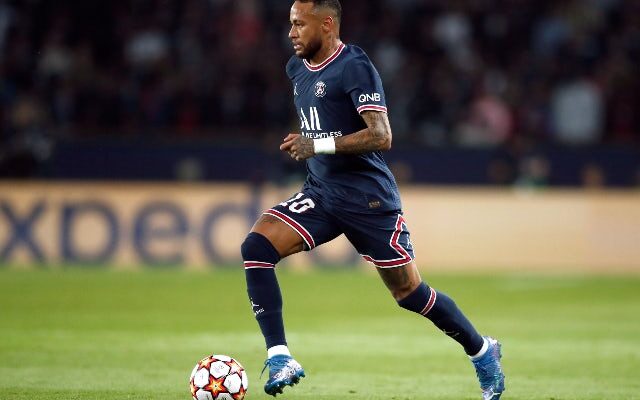 The 29-year-old only signed a new long-term deal with PSG in May, with the Brazil international’s contract in the French capital due to run until the summer of 2025.

However, according to El Nacional, Al-Khelaifi has offered the attacker to Barcelona via intermediaries, while Premier League clubs have also been notified.

The report claims that an offer in the region of €80m (£68.3m) is likely to be accepted by Mauricio Pochettino‘s side, with the Ligue 1 giants keen to revamp their squad next summer.

Barcelona, though, are believed to be prioritising a move for Liverpool’s Mohamed Salah and are allegedly not considering bringing Neymar back to Camp Nou at this moment in time.

The South American previously represented the Catalan giants between 2013 and 2017, scoring 105 goals in 186 appearances, before surprisingly making the move to Paris.

Neymar has struggled to show his best form at club level this season, managing just three goals and three assists in 11 outings in all competitions.