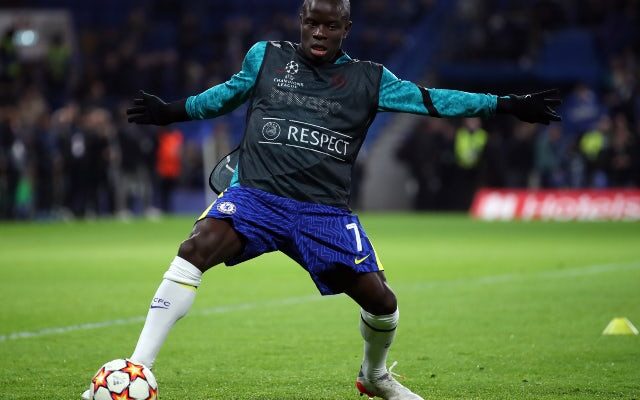 The France international has enjoyed a hugely-successful stint at Stamford Bridge, winning the Premier League, FA Cup, Europa League and Champions League since his arrival in 2016.

However, the 30-year-old’s contract is currently due to expire in 2023, and it does not appear that discussions have been held regarding an extension.

While he has backed up a lack of progression behind the scenes, transfer expert Fabrizio Romano has suggested that Chelsea will have to make their move at some point to fend off interest from elsewhere.

Speaking to TalkChelsea, Romano said: “Kante and Chelsea are not talking about a new contract as of now but it’s one of the things that Chelsea have on their agenda.

“I think that’s the plan with Kante long term. But you know with these kinds of players, with top clubs looking for midfielders, as I said before with the strikers, this year will be a big, big summer for midfielders.

“PSG and many other clubs will be looking for them – so let’s see what happens.”

Despite suffering a number of injuries during his time in West London, Kante has still made 230 appearances in all competitions.