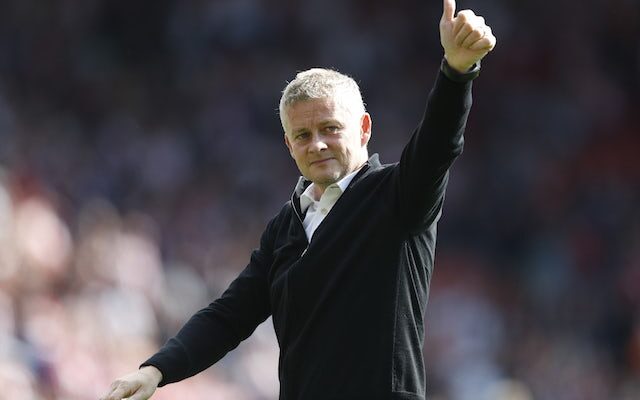 Manchester United boss Ole Gunnar Solskjaer has insisted that his team have “moved on” from their heavy home defeat to Liverpool on October 24.

The Red Devils suffered a 5-0 loss to the Reds at Old Trafford in the Premier League, with the result piling the pressure on Solskjaer.

The 20-time English champions have since picked up two positive results, though, beating Tottenham Hotspur 3-0 in the league last weekend before drawing 2-2 with Atalanta BC in the Champions League on Tuesday.

Solskjaer has said that the team have now “moved on” from the thrashing, as they prepare to welcome Manchester City for the Manchester derby on Saturday afternoon.

“We’ve moved on from that one, of course, it’s gonna be in the history books but we’ve had a good week, good results away from home, different games, we’ve got to go in this game believing we can do good things. It’s a local derby and everyone knows what’s at stake,” Solskjaer told reporters.

Man United are currently fifth in the Premier League table, eight points behind leaders Chelsea, who are in action at home to Burnley on Saturday afternoon.