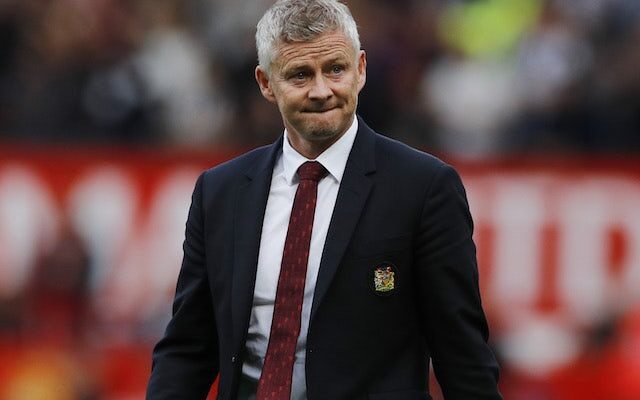 Manchester United boss Ole Gunnar Solskjaer has insisted that his team are not thinking about Saturday’s Premier League clash with Manchester City at this moment in time.

The Red Devils are preparing to head to Italy for Tuesday’s Champions League game against Atalanta BC, but the Manchester derby will take place at Old Trafford this weekend.

There have been suggestions that Solskjaer could look to rest some key individuals against Atalanta with one eye on the clash against Pep Guardiola‘s side.

However, the Man United manager has said that ‘all of the focus’ is on the contest against the Serie A outfit.

“We are in good position after winning home games but we need a result away too,” Solskjaer told reporters. “All focus on this one, not been thinking about that one (Man City) at all. Everyone is focused, worked on recovery since Saturday night. Turnaround is quick but lets see who we can choose from.”

Man United recorded a 3-2 win over Atalanta in the reverse match on October 20, with the result moving the Red Devils to the top of Group F, boasting six points from three games.

Solskjaer has also revealed that he could have a fully-fit squad to choose from on Tuesday, with Paul Pogba also available, as his suspension only relates to domestic matches.