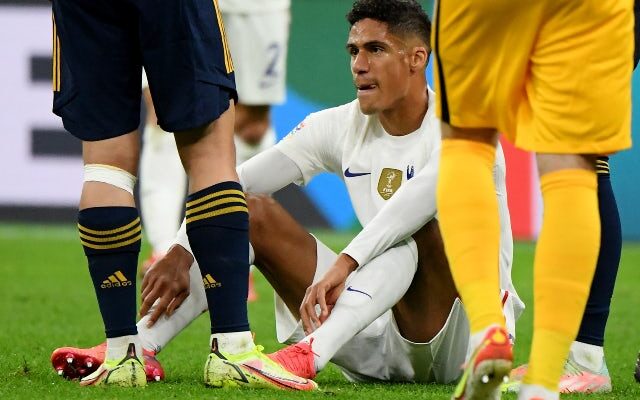 The World Cup-winning Frenchman started as part of a back three with Eric Bailly and Harry Maguire but was forced off the field with 38 minutes on the clock.

Varane had started to re-establish himself in the team after overcoming a previous thigh problem, but the centre-back is seemingly now set for another spell on the sidelines ahead of this weekend’s Manchester derby.

Speaking to BT Sport, Solskjaer said: “He felt his hamstring. So of course you can’t take any risks, unfortunately. Rafa has been such a calming influence when he’s on the pitch. We lost him but that’s football.”

The Red Devils were forced to come from behind twice to rescue a point at the Gewiss Stadium, as Josip Ilicic and Duvan Zapata‘s strikes were cancelled out by a Cristiano Ronaldo brace.

Varane joins fellow centre-back Victor Lindelof in the treatment room after the Swede picked up a knock before the draw with Atalanta.