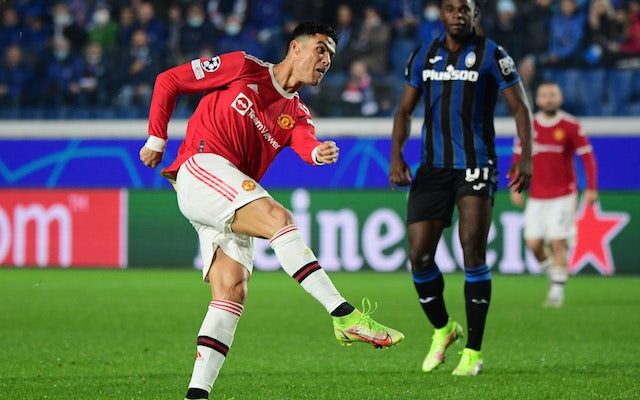 Ronaldo cancelled out Josip Ilicic‘s opener to leave the two teams level at the interval of the Champions League contest, before the veteran forward scored a second in stoppage time at the end of the second period to rescue a point for the Red Devils, who remain top of Group F.

Man United have been criticised for relying on the attacker’s heroics to rescue points in Europe this term, but Solskjaer said that the big players provide in the big moments, referencing NBA legend Jordan.

“We all have our roles and responsibilities. Cristiano is a leader in the group, but that’s what he does: he scores goals,” Solskjaer told reporters.

“We’re not happy conceding two goals. Both of them are very, very fine margins. The first one I think should be off, the second one is a centimetre onside, probably. He’s maybe offside last season, it’s fine margins.

Ronaldo has scored nine times in 11 appearances for the Red Devils since returning, including five goals in four Champions League outings.