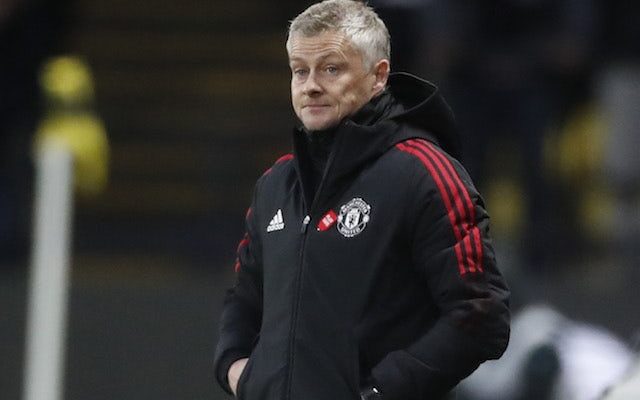 Manchester United boss Ole Gunnar Solskjaer was booed by a section of the club’s supporters following Saturday’s 4-1 loss at Watford in the Premier League.

The Red Devils suffered their fifth league defeat of the season at Vicarage Road, and the result has piled the pressure on the already under-fire Solskjaer.

The Norwegian held his hands up in apology to the away fans at full time but was loudly booed by a number of the supporters, who were visibly frustrated at what they had seen unfold.

Donny van de Beek came off the bench to halve the deficit early in the second period, but Watford scored two late goals through Joao Pedro and Emmanuel Dennis to add gloss to the scoreline.

Leicester City boss Brendan Rodgers is believed to be Man United’s number one choice to replace Solskjaer if a change is made in the near future.

Next up for the 20-time English champions is a trip to Villarreal in the Champions League on Tuesday night before facing Chelsea at Stamford Bridge in the league next weekend.