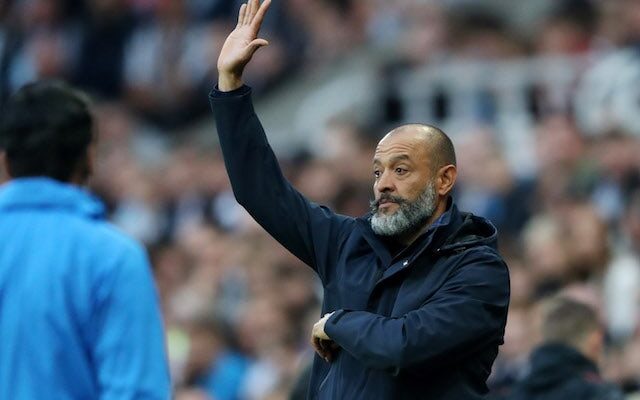 Head coach Nuno Espirito Santo has suggested that his Tottenham Hotspur players do not share the same level of commitment.

Nuno has lost six of his opening 16 matches in charge of the North London outfit as a result of a combination of poor performances and squad rotation in various cup competitions.

Some players are allegedly unhappy at the club, including Harry Winks, who has hinted that the door appears closed for certain players ahead of Premier League fixtures.

While his response was not directly aimed at Winks, Nuno has claimed that some of his squad members need to work harder in order to earn a place in his team.

Speaking to reporters, the Portuguese said: “There is one thing that is the outside expectations that goes around this kind of situations with players that you must ignore, you must judge in the right moment and be patient and then take care of the situation.

“When you are committed you understand better some kind of decisions. You are more patient and keep doing what you should do. Focus on your task, day after day.

“I wish all the players were equally committed. That would be absurd to tell that is the reality because the players have their own expectations.”

Spurs currently sit in sixth position in the Premier League standings, one point ahead of next opponents Manchester United.