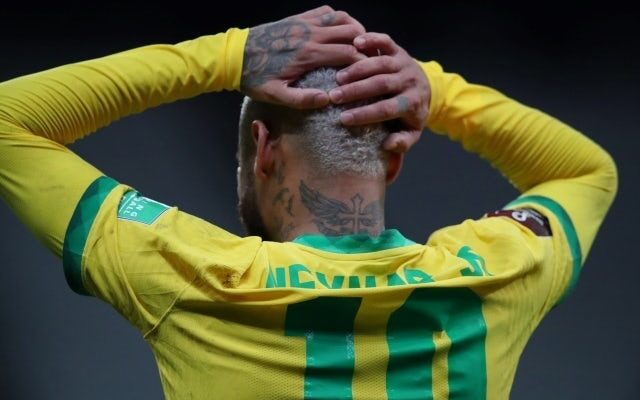 Neymar has been ruled out of the upcoming fixture against Argentina due to injury.

The Paris Saint-Germain attacker has suffered a problem with his thigh and that is why he will not feature tomorrow, as he is not set to travel to San Juan.

Neymar was involved in training today, but he stated that he had pain which led to the decision to pull him out of the fixture as there was not time for him to be tested in the right manner.

He did feature in Brazil‘s most recent match against Colombia, which saw the nation secure their place at the 2022 World Cup, being the first South American team to do so.

Tite‘s squad have yet to lose a match in the qualification process, but neither have Argentina, who currently sit six points behind their rivals.