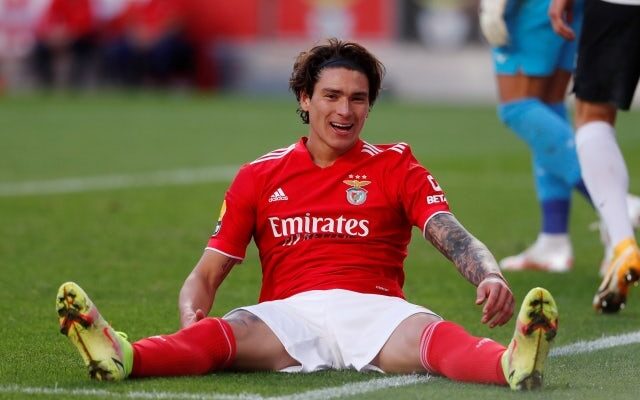 Newcastle United have reportedly been told to fork out £50m if they want to secure the signature of Benfica striker Darwin Nunez.

The Uruguay international has enjoyed a stellar first half of the 2021-22 season with the Portuguese outfit, netting 13 goals in 13 league appearances.

Nunez has understandably been heavily linked with a move to the Premier League amid his rapid rise, with Manchester City and Arsenal both credited with an interest.

Newcastle are also rumoured to be keeping a close eye on developments, but inews claims that Benfica are prepared to demand more than £50m for the 22-year-old.

The report adds that Atletico Madrid are hoping to lure Nunez to La Liga, though, while Borussia Dortmund are also thought to be plotting a move for the in-demand striker.

Nunez penned a five-year deal with Benfica upon his £21.6m arrival from Almeria in the summer of 2020.