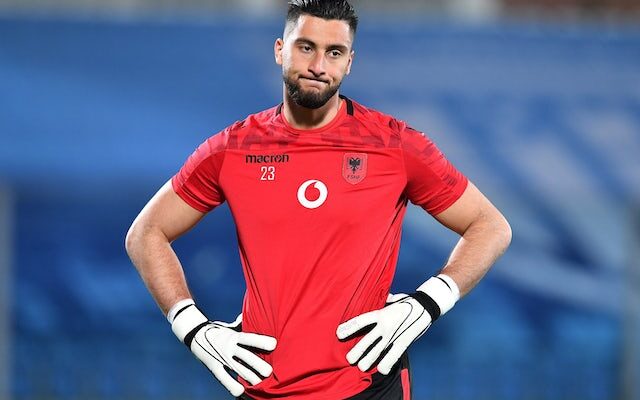 The winter window will be Newcastle’s first since being taken over by the Saudi Arabia Public Investment Fund, and director Amanda Staveley has already confirmed that new boss Eddie Howe will be backed to improve the squad.

A plethora of players have been linked with a move to the newly-wealthy Magpies, but their current place in the relegation zone of the Premier League is understood to be a hurdle in negotiations for some players.

However, Football Fancast reports that Newcastle are hopeful of securing a cut-price deal for Strakosha midway through the campaign.

The 26-year-old’s contract at the Stadio Olimpico is due to expire at the end of the season, and a renewal looks unlikely given his lack of first-team action.

Strakosha is behind Pepe Reina in the pecking order at Lazio and has not made a single Serie A appearance this term.

Newcastle, meanwhile, have switched between Freddie Woodman and Karl Darlow in goal this season, while Martin Dubravka is also on their books.