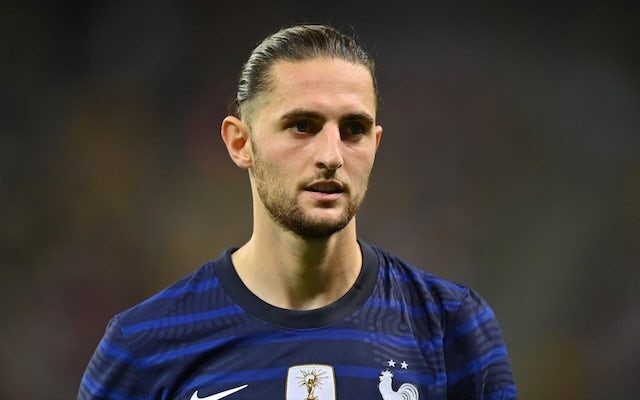 Newcastle United are lining up an ambitious £12.8m January swoop for Juventus midfielder Adrien Rabiot, according to a report.

The Magpies are rumoured to have set aside around £50m to bring in new recruits in their first transfer window since becoming the world’s richest club.

Aaron Ramsey has been talked up as a possible target for United in recent weeks, and Calciomercato suggests that the Welshman’s clubmate Rabiot is also on their radar.

Rabiot has featured 12 times for Juve this season, but the Bianconeri are said to be open to a sale as they are looking to reduce their wage bill.

An offer of just under £13m would be enough to prise the Frenchman away from the Allianz Stadium, where he has spent the last three seasons after joining from Paris Saint-Germain.