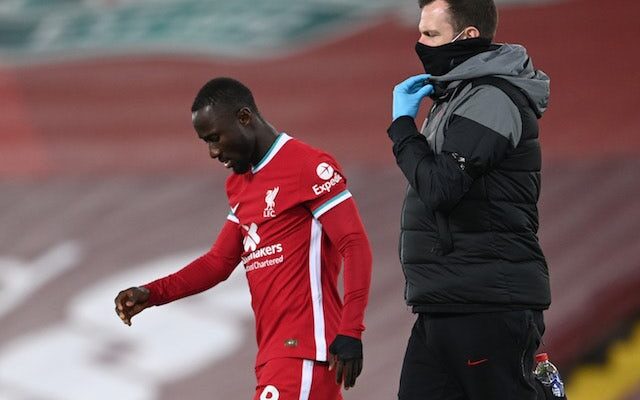 Naby Keita has suffered another injury blow today against Brighton & Hove Albion after he was able to recover from being stretchered off against Manchester United last weekend.

The midfielder had to be replaced during the 5-0 victory against the Red Devils, but he was able to feature this weekend in Liverpool’s latest Premier League fixture.

While he missed out on the midweek clash against Preston North End in the EFL Cup, Keita did start the game against Brighton earlier today.

However, for a second match in a row, Keita had to be replaced due to an injury, with the Reds star dealing with a problem just a quarter of an hour into the fixture.

He ended up being replaced by Alex Oxlade-Chamberlain who provided an assist for Sadio Mane’s goal, yet Liverpool were not able to hang on to their two-goal lead as they ended up drawing 2-2.