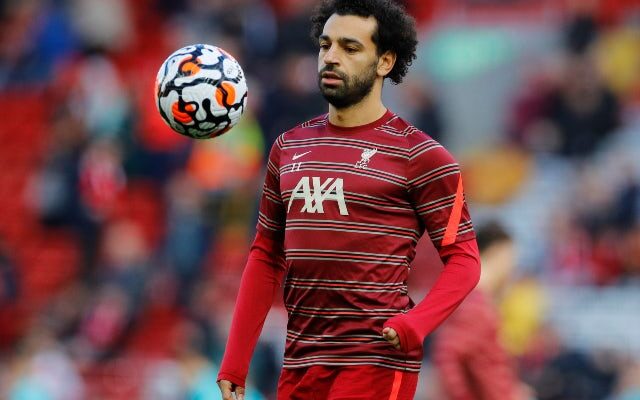 Liverpool attacker Mohamed Salah will be out for another slice of Premier League history when his side face West Ham United on Sunday.

The Egypt international has been shattering records for fun this term and has developed quite the penchant for playing on rival turf in the top flight.

Salah has found the back of the net at least once in each of Liverpool’s first five away games this term, becoming the second player in Premier League history to do so after Thierry Henry.

However, the ex-Arsenal man failed to stretch that streak to six in the 2001-02 season, meaning that Salah could become the first player in the competition’s history to score in his side’s first six away matches of a season.

Jurgen Klopp‘s crop will also be aiming to equal a team record of scoring at least three goals in seven English away games in a row, first set by Birmingham City in 1893.

The Reds have dropped to third in the table ahead of Sunday’s game following Manchester City’s derby win over Manchester United on Saturday.