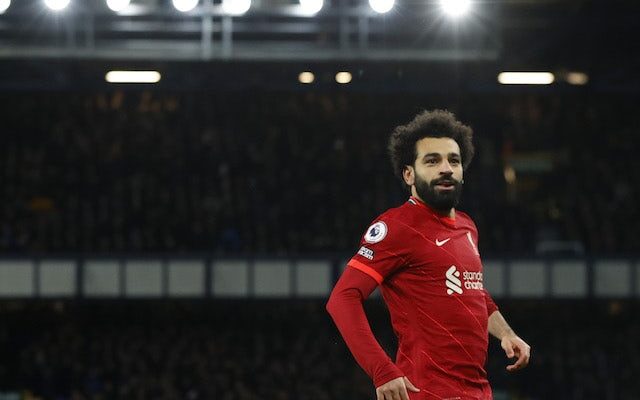 The free-scoring Egyptian netted his first of the night, and Liverpool’s second, after just 19 minutes at Goodison Park – the 500th goal Liverpool have scored in the Premier League under Jurgen Klopp.

The clinical finish also saw Salah record a direct goal involvement for the seventh Premier League game in a row, something no other Liverpool player has ever managed.

Salah has either scored or assisted in every league away game the Reds have played this season, and he added a second goal in the second half at Goodison to take him up to nine away goals for the campaign – more than twice as many as anyone else.

The 29-year-old has sent numerous records tumbling during a fine start to 2021-22, which has seen him score 19 goals in 19 games across all competitions.

In the Premier League, Salah currently sits top of both the goals and assists charts with 13 goals and eight assists in just 14 appearances.

Wednesday night’s double also means that he is the first Liverpool player to score twice in an away league Merseyside derby since Fernando Torres in September 2008.