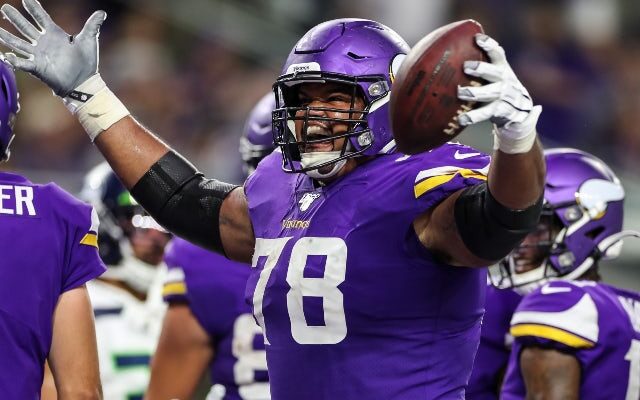 Minnesota Vikings offensive linesman Dakota Dozier was taken to hospital after contracting COVID-19, according to a report.

The 30-year-old – who is understood to be fully vaccinated against the disease – reportedly had to be admitted to the emergency room on Tuesday evening.

Vikings head coach Mike Zimmer refused to confirm the identity of the COVID-positive player, telling reporters: “One of our players that was vaccinated, he had to go to the ER (Emergency Room) last night because of COVID. It’s serious stuff. Like 29 guys are getting tested because of close contact, including myself.”

However, a report from the official NFL website states that Dozier is the player in question, but he is said to be in a stable condition.

The Vikings have placed Ryan Connelly, Tim Parris, Garrett Bradbury and Harrison Smith on the reserve/COVID-19 list in recent days, with Zimmer’s team next up against the Los Angeles Chargers on Sunday.