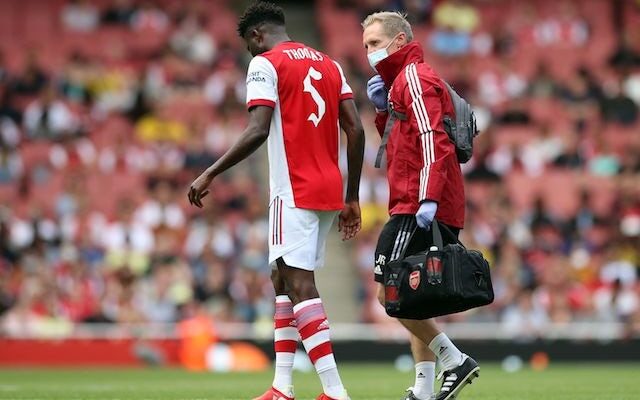 Arsenal manager Mikel Arteta is unsure how long Thomas Partey will be out for following the midfielder’s groin injury.

The Ghana international was a surprise exclusion from the Gunners’ first XI to face Watford before it was revealed that he was suffering from a tight groin.

Ainsley Maitland-Niles deputised well for Partey in that 1-0 win for Arsenal, and Arteta has now provided an update on the ex-Atletico Madrid man’s condition.

Speaking to reporters in his post-match press conference, Arteta said: “Let’s see what happens with Tommy. He’s got a muscle injury and we don’t know how it’s going to evolve. Let’s take it day by day.”

It remains to be seen if Partey will be given the green light to link up with Ghana for November’s World Cup qualifiers with Ethiopia and South Africa.

The Gunners rose to fifth in the Premier League table with Sunday’s win, during which Emile Smith Rowe joined an elite crowd of players with the decisive goal.