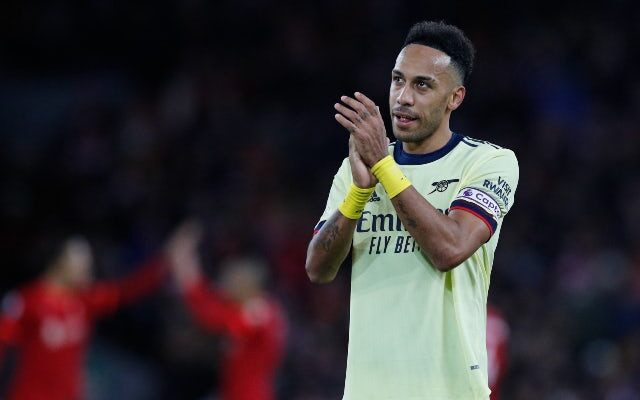 Arsenal manager Mikel Arteta has played down suggestions that Pierre-Emerick Aubameyang could be leaving the club during the January transfer window.

The 32-year-old has scored seven times in 15 appearances for the Gunners this season, although three of those came in the EFL Cup, with the attacker netting only four Premier League goals this term.

Aubameyang was only introduced for the final five minutes of Arsenal’s 2-1 loss at Everton last time out, while he was substituted against Manchester United earlier this month when the team were losing 3-2.

There have been suggestions that the Gabon international could be sold in January, but Arteta has insisted that the club “have never discussed” a possible exit.

“I have a very good relationship with my players. Everyone has to understand that I always do the best for this club and for this team.

“And often if that can benefit any individuals, I will always do it. The decisions are not personal, the decisions are just to get performance, and the best out of the team. That’s it.”

Aubameyang has scored 92 goals and registered 21 assists in 163 appearances for Arsenal since making the move from Borussia Dortmund in January 2018.