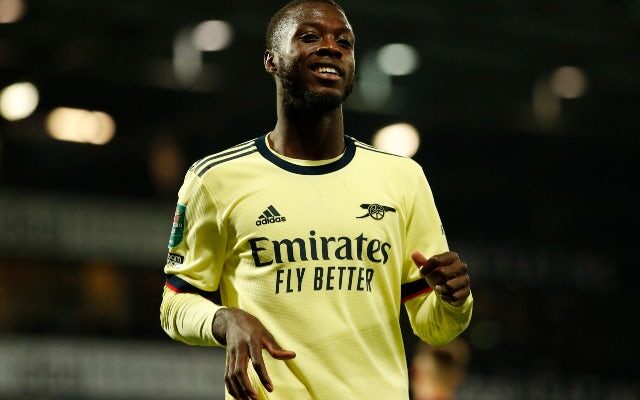 Arsenal boss Mikel Arteta has denied suggestions that the Gunners are prepared to listen to offers for Nicolas Pepe during the January transfer window.

The 26-year-old has largely struggled to impress for his North London club since arriving in a big-money move from Lille in August 2019.

There have been claims that the Gunners could allow the Ivory Coast international to leave at the start of 2022 if they receive a suitable offer.

However, Arteta has insisted that the club are not thinking about a departure for the attacker, who has managed one goal and three assists in nine appearances in all competitions this season.

“No (we are not prepared to listen to offers), and it is not the moment to talk about that either. We are interested in Nico performing at the level that he can do. He had some really good moments since I have been here, some moments where he hasn’t participated that much, like everybody else,” Arteta told reporters.

Pepe has been named on the bench for Arsenal’s Premier League clash with Newcastle United at the Emirates Stadium on Saturday afternoon.