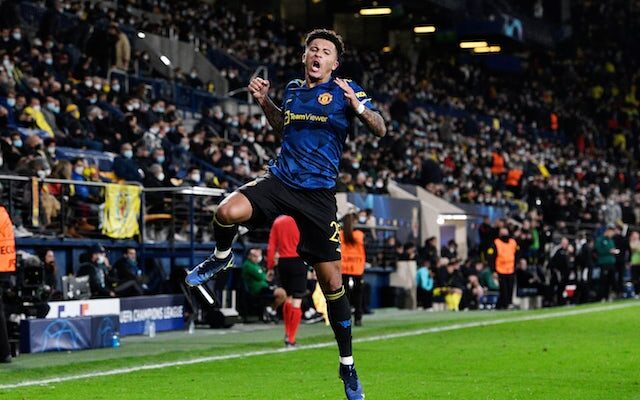 Michael Carrick has paid tribute to Jadon Sancho, with the stand-in Manchester United manager claiming that the England international “has a massive future head of him”.

The summer arrival has largely struggled to show his best form for the club since a move from Borussia Dortmund, but he enjoyed his most productive match for the Red Devils against Villarreal on Tuesday, finding the back of the net in a 2-0 success in the Champions League.

The 21-year-old is now in line to start against Chelsea in the Premier League on Sunday, and Carrick has lavished praise on the former Manchester City youngster ahead of the clash at Stamford Bridge.

“He is a terrific player Jadon. He is never happier than when the ball is at his feet. That is purely when he is at his happiest, I’ve seen that in training,” Carrick told reporters during Friday’s press conference.

“The other side is his attitude, work rate. He put in an overall performance. He has got a mssive future ahead of him. Creation in any team is important and that is why we brought him to the club. There is so much more to come from him.

“Sometimes it takes time to adapt. He is a younger player at a big club, new league, it is not easy to hit the ground running. We were well aware of that, we believe in him. He’s got a great chance, not suprised but what he did other night.”

Sancho scored 50 goals and registered 64 assists in 137 appearances for Dortmund before making the move to Old Trafford over the summer transfer window.