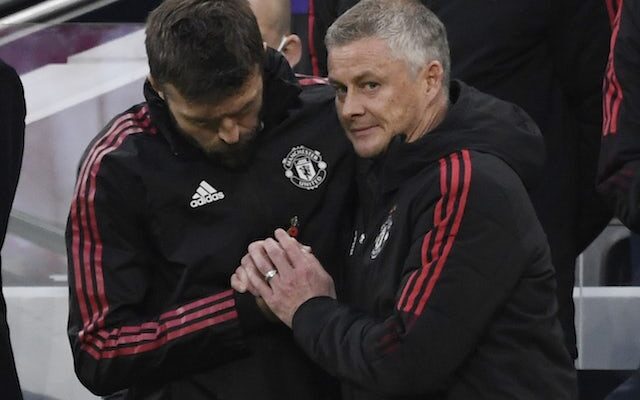 Michael Carrick said that he has “similar beliefs” to Ole Gunnar Solskjaer “as a coach and manager” when questioned on what changes he is planning to make at Manchester United.

The 40-year-old has been placed in charge of the Red Devils following Solskjaer’s departure on Sunday, with the club looking to appoint an interim boss for the remainder of the campaign.

Carrick will lead the team into Tuesday’s Champions League clash with Villarreal, with the 20-time English champions knowing that a win would see them advance to the last-16 stage of the competition.

The club’s former midfielder has suggested that he will not change too many things at the club but is ‘very clear in his own mind’ where the team can improve.

“We will have to wait and see really. I worked with Ole closely, similar beliefs as a coach and manager. Got my own personality but it is very similar because that is why we worked together,” Carrick told reporters.

“I’m not giving my plans away but I am very clear in my own mind.”

Carrick is also expected to be in charge of the club for Sunday’s Premier League clash with table-topping Chelsea at Stamford Bridge.