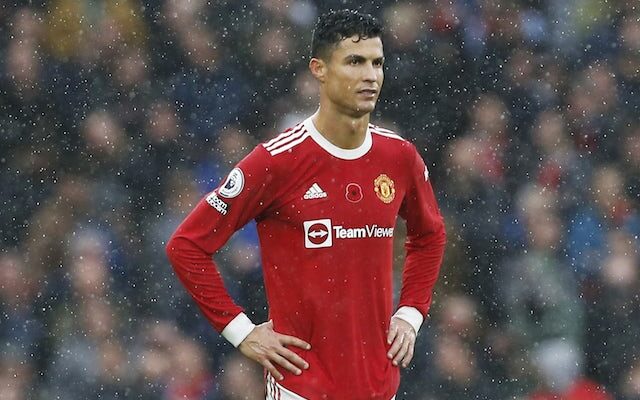 Michael Carrick has insisted that he made the decision to bench Cristiano Ronaldo for Manchester United‘s Premier League clash with Chelsea on Sunday afternoon.

Ronaldo was surprisingly left out of the starting XI at Stamford Bridge, with the Red Devils instead lining up with Bruno Fernandes in an attacking area alongside Jadon Sancho and Marcus Rashford.

There were suggestions that the call to name Ronaldo among the substitutes came from Ralf Rangnick, who is expected to be confirmed as Man United’s interim manager in the coming days.

However, when questioned on the rumours, stand-in head coach Carrick said that he made the decision to drop the Portugal international from the starting team.

“That’s not the case, no (Rangnick made the decision). We came here with a plan. I kind of knew how Chelsea would play and we wanted to stop the passes through to Jorginho and Ruben Loftus-Cheek. There were a few changes to freshen it up and it’s what we decided to go with today. We almost pulled it off,” Carrick told reporters.

Sancho sent the visitors ahead in the 50th minute of the contest at Stamford Bridge before Jorginho levelled the scores from the penalty spot 21 minutes from time.

Rangnick could be in the dugout for Man United’s next Premier League match against Arsenal, which takes place at Old Trafford on Thursday evening.