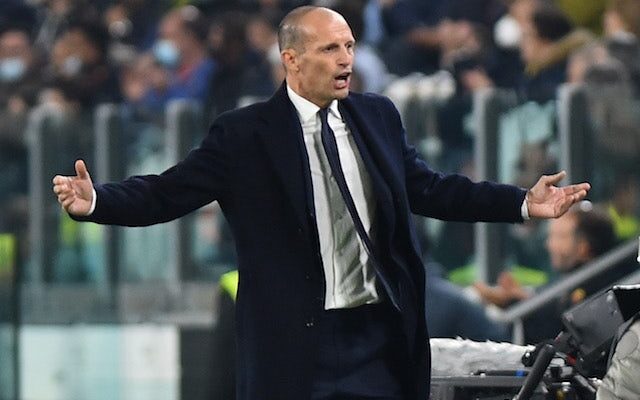 Massimiliano Allegri was reportedly involved in an argument with six of his Juventus players at the weekend.

Allegri has endured a disappointing start to his second spell in Turin with Juventus collecting just 15 points from their opening 11 games in Serie A.

Their latest defeat came at Hellas Verona, the 2-1 reverse leaving Allegri’s side down in ninth position and 16 points adrift of leaders Napoli.

According to Football Italia, frustration came to a head after the full-time whistle with Allegri unhappy with his midfield and forward line.

Juve had also lost to Sassuolo earlier in the week, the Italian giants now without a win in three domestic games ahead of Tuesday’s Champions League fixture with Zenit St Petersburg.