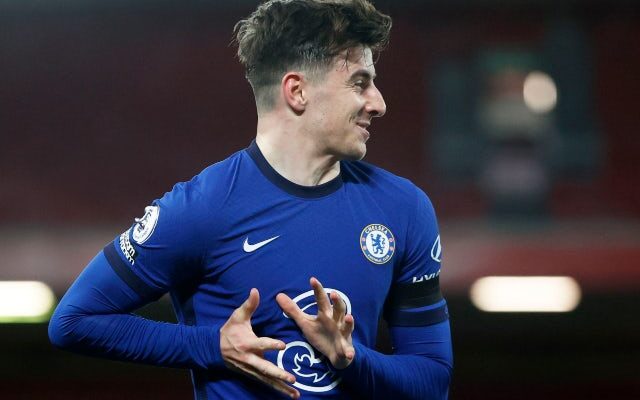 Chelsea playmaker Mason Mount would supposedly be open to a move to Liverpool as he contemplates his Blues future.

The England international has not been a consistent starter for the Champions League holders this term, featuring from the off in just six of his side’s Premier League matches.

As a result, Mount is supposedly contemplating a move away from the club where he is feeling ‘under-appreciated’, and Real Madrid are thought to be keeping a close eye on developments.

However, the Daily Star Sunday claims that Liverpool could be a possible destination, with a source telling the publication: “Mason is a top lad and thought of well within Chelsea, and is popular with the team. But he isn’t feeling appreciated anymore.

“He’s been at Chelsea since he was a tiny lad, but despite coming up through the Academy, he doesn’t feel like he gets the same treatment or recognition as players bought in for big money.

“He is torn because he loves the club and the fans, but thinks it’s time for him to leave to step up his career. And where better to do that than Liverpool?”

Mount has scored three goals and set up two more in the Premier League this term and sees his contract at Chelsea expire in the summer of 2024.