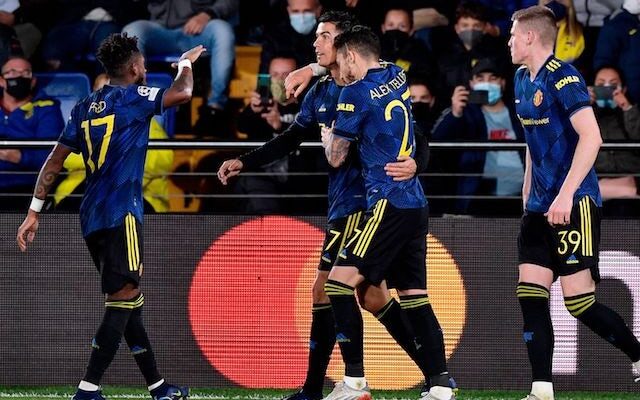 Before Jadon Sancho rounded off the scoring against the Yellow Submarine, Ronaldo capitalised on a defensive error from Villarreal to chip goalkeeper Geronimo Rulli in the 78th minute.

The 36-year-old kept up his phenomenal streak of scoring in every Champions League game so far this season, with his sixth goal of the tournament representing a new personal milestone.

Ronaldo’s opener against Unai Emery‘s side marked his 800th goal of a glittering career, as well as being his 140th in the Champions League.

It has been over 19 years since Ronaldo scored his first senior goal in Sporting Lisbon colours, and 128 of his 800 strikes have come during his two spells at Man United.

The five-time Ballon d’Or winner now has 10 goals to his name from 14 games this term as United confirmed their place in the last-16 with Tuesday’s 2-0 win.