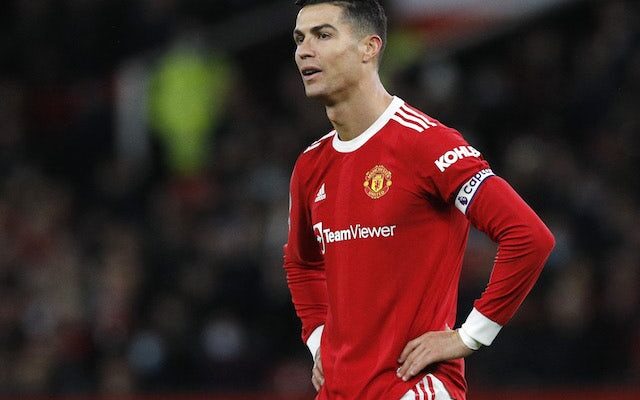 The five-time Ballon d’Or winner boasts 14 goals and three assists from 21 games during his second spell at the club, but Ralf Rangnick‘s side are struggling to perform collectively and are four points adrift of the Champions League places.

Ronaldo’s return to Old Trafford has supposedly led to tension behind closed doors at the club, and according to The Sun, agent Mendes has now arrived for emergency talks over his future.

A source allegedly told the publication: “Cristiano is very concerned about what is happening at United. The team is receiving a lot of criticism and he knows he is regarded as one of the leaders.

“There are quite a lot of problems and Cristiano is feeling the pressure and is very stressed by the situation. He desperately wants his United move to be a success, but he is starting to recognise that winning trophies with the current set up could be a real struggle.

“Jorge came to see him and they spent time chatting through how things are going, what they think are the problems, how they might be solved and what the solutions may be. Nothing has been ruled out.”

Ronaldo’s future reportedly hinges on who will succeed Rangnick as Man United’s next permanent boss, with the Portuguese under contract at Old Trafford until 2023.