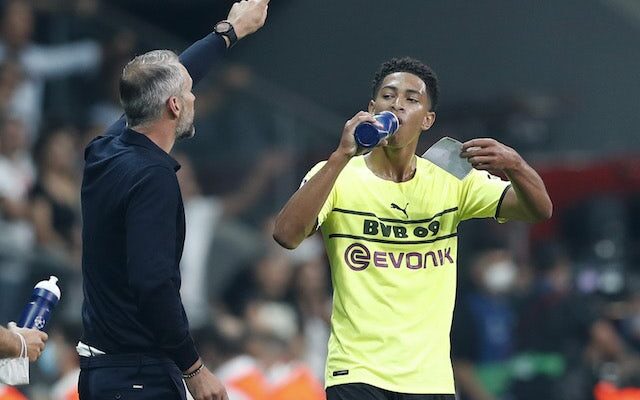 Borussia Dortmund reportedly have no intention of allowing Jude Bellingham to leave the Bundesliga club during next summer’s transfer window.

The 18-year-old has contributed seven goals and 13 assists in 68 appearances for Dortmund since making the move from Birmingham City in July 2020.

Bellingham has again been in impressive form at club level this season, scoring three times and contributing nine assists in 22 outings in all competitions.

A recent report claimed that Manchester United interim boss Ralf Rangnick had identified the England international as a transfer target for next summer.

However, according to Bild, Dortmund will not allow the teenager to leave the club ahead of the 2022-23 campaign and have devised a ‘long-term plan’ to keep him.

Liverpool and Manchester City have also been credited with an interest in Bellingham, who has contributed two goals and five assists in 13 Bundesliga appearances this term.