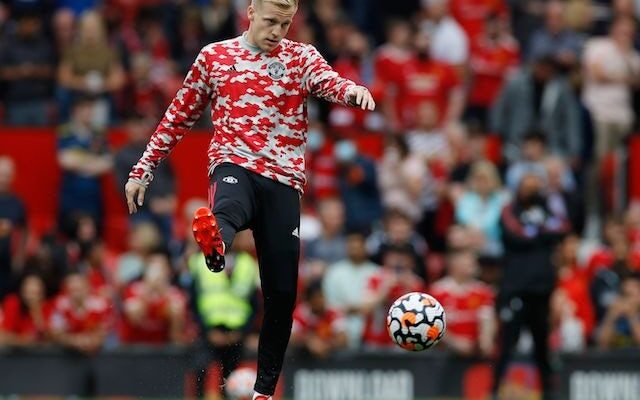 With Ralf Rangnick set to take over as interim manager at Old Trafford imminently, the Red Devils are expecting to have to clear out players before any incoming business can take place.

According to Daily Mail, Henderson and van de Beek have been identified as possible players who could be allowed to leave in January to free up space in the squad.

The German boss is said to be keen to make changes to the side in his tenure and reportedly sees the duo as dispensable, given their struggles for first-team spots.

Van de Beek arrived from Ajax at the beginning of last season, and the midfielder is yet to start a Premier League game this season, featuring just four times off the bench to take his record to 23 appearances in the English top flight.

Following his return from a loan spell with Sheffield United, Henderson battled with David de Gea for the gloves at Old Trafford, and he earned 26 appearances between the sticks last term but is yet to feature in the Premier League or Champions League this campaign.