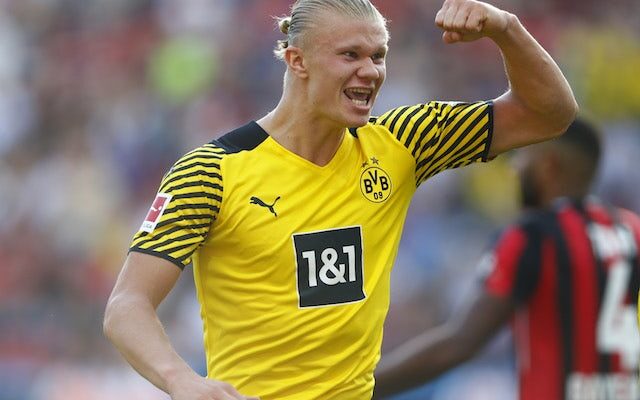 The 21-year-old is currently on the sidelines with a hip flexor problem and is not expected to return to the field until the early stages of 2022.

However, the speculation surrounding the Norway international’s future continues, with the likes of Man United, Chelsea, Manchester City, Bayern Munich, Barcelona and Real Madrid all said to be interested.

According to Bild, the 20-time English champions want to sign Haaland next summer and are prepared to pay the reported €75m (£63.8m) release clause in his contract.

The striker was strongly linked with a move to Old Trafford during his time at Red Bull Salzburg but ultimately left the Austrian outfit for Dortmund in January 2020.

Haaland has scored 70 goals and registered 19 assists in 69 appearances for BVB in all competitions, including 13 strikes and four assists in 10 outings during the 2021-22 campaign.

Man United re-signed Cristiano Ronaldo last summer, but Edinson Cavani is expected to leave the club on a free transfer next summer, opening the door for another forward to arrive.