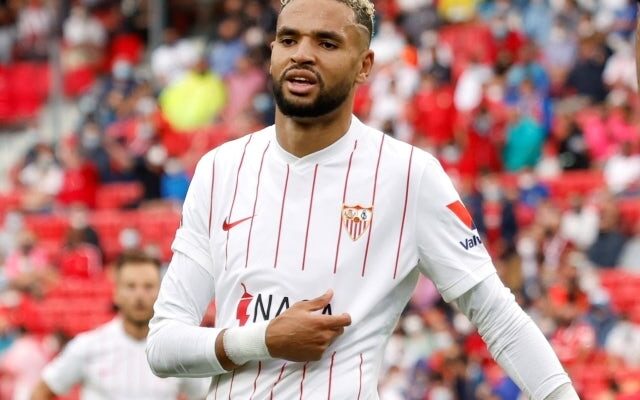 The 24-year-old, who has struggled with injuries so far this campaign, enjoyed a prolific spell in front of goal last season, netting 24 times in 52 appearances across all competitions for Los Palanganas.

According to Fichajes, Man United, Man City and West Ham United are three Premier League teams who have expressed their interest in signing En-Nesyri, who is valued at around €50m (£42m).

The report adds that the Hammers had a €35m (£29.4m) bid rejected by Sevilla for the Morocco international in last season’s winter window, but they will consider tabling a second offer in January 2022 as they continue their search for a centre-forward, to provide more competition for Michail Antonio.

As for United and City, both clubs are keen to recruit a striker in one of the upcoming transfer windows and view the potential signing of En-Nesyri as a cheaper alternative to either Erling Braut Haaland or Harry Kane.

En-Nesyri, who joined Sevilla from Leganes in January 2020, is tied down to the La Liga outfit until June 2025.