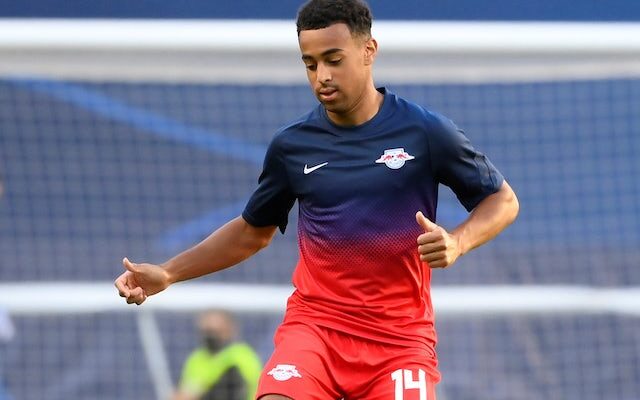 Manchester United have reportedly eyed up a move for RB Leipzig‘s central midfielder Tyler Adams as an alternative to Leeds United’s Kalvin Phillips.

The 22-year-old American international is the newest player on a growing list of midfielders linked with a move to Old Trafford, with boss Ralf Rangnick keen to strengthen in the middle of the pitch.

The Athletic reports that Rangnick is looking to use his contacts with his former employers to do a deal in the upcoming winter transfer window, which opens on January 1.

Rangnick’s assistant, Chris Armas, is an admirer of the versatile American who can also play at right-back, after they worked together at New York Red Bulls.

After only featuring in 13 Bundesliga matches so far this season, of which only seven were starts, Adams could make the move to England after plying his trade in Germany since 2019.

Current side Leipzig are in a strong position however, with Adams’s current deal not expiring until the summer of 2025.