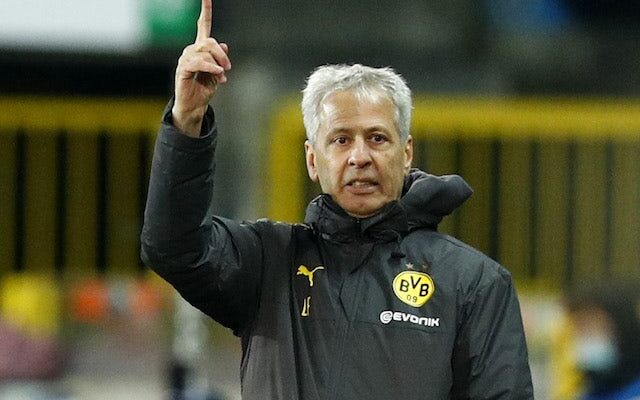 Manchester United have reportedly identified Lucien Favre as a potential candidate for the position of interim manager.

Having parted company with Ole Gunnar Solskjaer on Sunday, United are searching for a replacement who will take on the role until the end of the season.

While a number of names have been linked with a move to Old Trafford, Michael Carrick has thrown his hat into the ring having guided United to a 2-0 win over Villarreal on Tuesday night.

However, according to ESPN, Favre features on United’s shortlist having been out of a job since December 2020.

Since 2011, the 64-year-old has spent time at Borussia Monchengladbach, Nice and Borussia Dortmund, the Swiss winning 68 of 110 games in charge of the German giants.

Favre had been in line to become the new boss of Crystal Palace last summer before ultimately rejecting the chance to manage the Eagles.