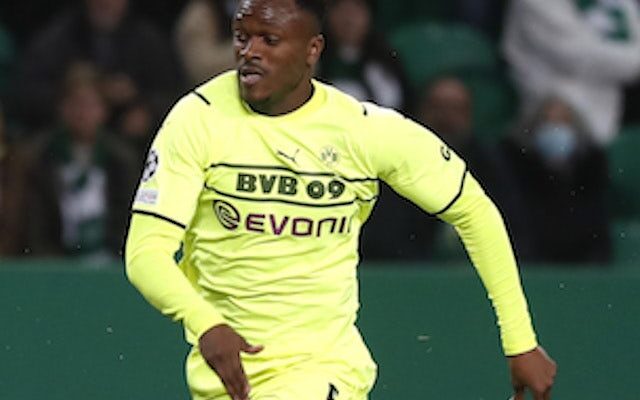 Manchester United are reportedly in discussions with Borussia Dortmund centre-back Dan-Axel Zagadou over a move to Old Trafford.

The 22-year-old’s deal with BVB is due to expire this summer, meaning that he is currently free to hold talks with foreign clubs over a pre-contract.

According to Fussball Transfers, the Red Devils have approached Zagadou’s agent Moussa Sissoko to discuss the possibility of the defender joining the club on a free transfer this summer.

The report claims that Man United interim manager Ralf Rangnick is the ‘driving force’ behind the interest, with the German previously trying to sign the player for RB Leipzig.

However, Dortmund are allegedly still hopeful of being able to convince the Frenchman to pen a new contract with the Bundesliga outfit.

Zagadou has only made nine appearances for BVB during the 2021-22 campaign, having missed the opening months of the season as he recovered from knee surgery.